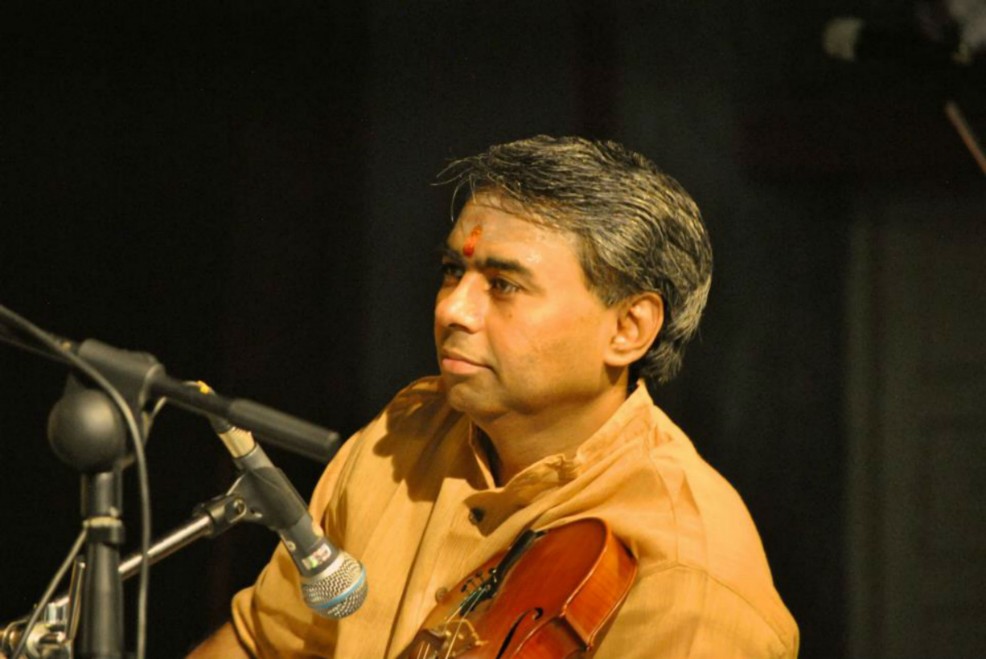 Written for the Shanmukha, the journal of Shanmukhananda Sangeeta Sabha on the occasion of the centenary celebrations of M. S. Subbulakshmi:

Certain moments in life are very special and meaningful. They etch indelible footprints on the endless sands of time. The world revels in the incessant resonance that such happenings generate. One such moment, to which the temple town of Madurai played host about a hundred years ago, still continues to bring ecstasy to the hearts drawn to the arts.  Smt M S Subbulakshmi’s presence, contribution and impact in society and the musical arena of our country in particular, stands unparalleled.  Her music, replete with the power of purity, dignity and integrity, strengthened the artistic bond across the length and breadth of this great land, transcending caste, creed, class, language, region and religion.

The realm of Carnatic music has seen many a great musician. However, with the advent of Amma, as she was addressed, with reverential fondness, it crowned itself with a glory of becoming global. Amma dedicated her life and soul to the cause of preserving, propagating and promoting this beautiful art form in all its splendour.

Plentiful are the reasons why she shines as the Pole Star of Carnatic music. Numerous are the spaces where her music is heard. Unshakable was her dedication and conviction to present blissful music, faithful to every detail of its form, nuance, aesthetic and grandeur. Innumerable are the causes that she has lent her voice for. Countless are the recipients of her philanthropy. Immeasurable was her love and affection to humanity. Unfathomable was her psyche that was deeply rooted in tradition, exuding the fragrance of true devotion. Many were the hurdles that she encountered in her lifetime, taking all into her stride, shedding the unsavoury. Intriguing was her trait to worry needlessly. Fascinating was her penchant for simplicity and inspirational was her persona of humility, charm and goodness. 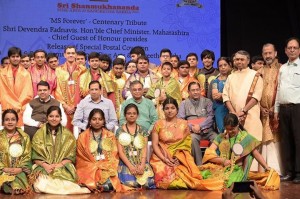 Amma’s music was wholesome in nature. Blessed with one of the best voices ever in the history of Indian music, her efforts to keep it resplendent all through her life was remarkable. Not a day would pass by when Amma would not sing, to the nectarous drone of her twin tamburas Lakshmi and Sarasvati, the varisais in Mayamalavagaula and Shankarabharanam. Her passion to learn and absorb the best from the doyens of the Carnatic world was incredible. She also embraced, into her fold, the music of the North, having been guided by many a veteran of the Hindustani world.

Yet another blessing in her life was her wedlock with the dynamic Shri T Sadasivam. Mama, as he was addressed by one and all, became the pillar of support for Amma. With his astute intellect of forethought and presentation, he shaped Amma’s acumen to dazzling heights. It was this unique combination of Amma’s prowess as an outstanding and consummate musician and Mama’s brilliance in promoting and supporting her talent that carved the iconic image for Amma. 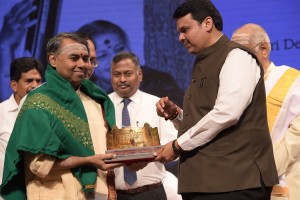 Amma’s concerts were marked with a splendid selection of items, covering a wide gamut of ragas, talas, compositional forms, manodharma aspects, vaggeyakaras, poets and languages. Every composition would be rendered with utmost care and fidelity to the music, to the lyric- its enunciation and emotion and to the complete experience of the oneness of sangita and sahitya. Her shruti consciousness was immaculate and was the hallmark of her music. Her articulation of the voice was a visual and aural treat that served as an ideal to be followed, especially by practitioners of vocal music. Amma’s interests to dwell deeper into the pronunciation and meaning of each word of the composition helped her tremendously with her diction and emotive appeal.  Thus her rendering of a krti or a padam or a bhajan would be true to its form and feel. Her raga alapanas had the perfect blend of gamaka, shuddha svara, brigas, jarus, different kalapramanas and most importantly raktitva. Her niraval and kalpana svara singing never sacrificed the raga svarupa. The cheerful encouraging interactions with her accompanists on stage were testimony to her spirit of camaraderie.  An inclusion of Bhajans, Abhangas, Shabads, Rabindra Sangit and the like were also part of her concert repertoire. She presented them in all their correctness and enjoyable devotional fervour. On special occasions she has even rendered compositions in languages such as Urdu, Bengali, English, Arabic and Japanese! The count of composers whose compositions she has presented in her performing career is almost 200, that is verily a pan-Indian experience, and one of its kind.

Amma’s music opened the eyes of the world to look up to Carnatic music. By her music she has touched an emotional chord in many a mortal in this great land of ours and the world at large. Her all embracing humble attitude, unflinching devotion to the art and her heavenly renditions make her matchless and adorable forever.

Having grown up with Amma’s music all my life, to have been associated with her, to have been fortunate to learn so much from her, to have shared many a concert platform with her and to have been a beneficiary of her unconditional affection and care – words miserably fail to express the feeling of gratitude, happiness and honour as I recount these golden memories – It is undoubtedly due to the bountiful grace that the Divine Mother chose to bestow on me.

I’m only reminded of the poignant verse ( Bhavani tvam dase….)  in the Saundaryalahari where Shri Shankara Bhagavatpada describes the generosity of the Divine Mother. He says therein – when the lay devotee pleads to the Goddess to cast just a glance on him for his materialistic well being, She, out of her Infinite mercy, bestows the eternal joy of salvation!